When planning a trip or vacation, one concept that people tend to not keep in mind when picking their destination is whether the place will exist in the future. Of course, we aren’t talking about the destruction of locations due to alien invasion or giant monster attacks, but because of man-made of natural causes. With this said, Ira Riklis shares some endangered places that you should plan to visit before they are gone forever. 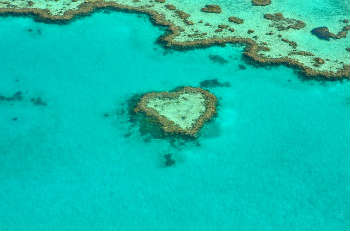 The Great Barrier Reef of Australia is probably the most well-known location on this list. This reef is the world’s largest coral-based reef and covers an area of over 347,000 sq. km. To put this into perspective, its surface area is bigger than some major countries like the United Kingdom and Switzerland. In fact, the Great Barrier Reef is actually the only living organism that is visible from space.

Unlike the previous item on the list, the Taj Mahal is actually a man-made structure rather than a living organism. This structure was originally constructed on the orders of Emperor Shah Jahan in 1632 with the purpose of creating a structure to act as a mausoleum for his favorite wife. While this is quite morbid, the building is an architectural marvel and remains relatively intact.

However, human-related factors are driving the tourist attraction towards closure. Wear and tear due to tourists along with the area’s significant air pollution, is currently damaging the building. This has caused officials to consider closing down the building to the public, meaning that the 3-4 million tourists who visit the structure every year will only be allowed to view it from a distance. Sources claim that it is possible that the building will close its doors in the next five years, so if you have not yet visited the Taj Mahal, you may want to hurry.

The Forests Of Madagascar

While the island of Madagascar is not in danger of disappearing, its forests certainly are in such danger. According to WildMadagascar, an organization dedicated to education regarding the nature of the island, deforestation, and agricultural fires are the biggest threats to the Madagascar ecosystem. These beautiful forests are not only aesthetically pleasing but also house a variety of different animals, 80% of which are found in no other place on the planet. According to estimates, the forests of Madagascar along with the creatures within them will be gone within the next 35 years unless measures are put in place to protect the wilds of the island. So, if you are interested in the forests or love unique animals, you may have a very limited time to visit this island nation and take in all it has to offer.

The image of Venice is one many individuals are familiar with. Venice’s channels can be seen in a variety of 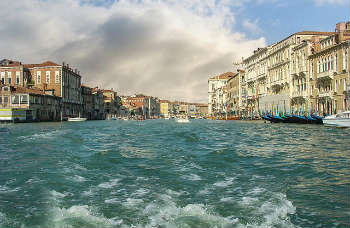 movies and television shows. But what some people do not know is that Venice is actually in danger of sinking into the sea forever. This sinking is currently causing the city to flood much more often than ever before, destroying many people’s property. This is primarily due to the rising sea levels that are a result of the climate change and other environmental factors.

According to The Guardian, experts suggest that the city of Venice will actually be uninhabitable by 2100 if nothing is done to stop the flooding. So, unless you want your Venice vacation to include water-logged shoes, you should probably start planning your trip.

While there are several more endangered places that you should visit before they are gone forever, these are just some of the most prominent. With this said, it may be time for an international tour of endangered locations.