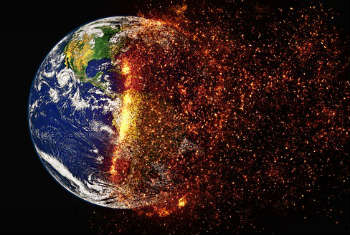 In 2016, NBC News reported that a study from the Environmental Research Letters journal states that global warming has and will continue to have a significant effect on air travel. The study suggests that climate change is affecting the wind which, in turn, is changing the amount of time it takes to travel by air. For passengers, this increased time only adds a couple of minutes to their flight, but this longer trip requires more fuel. This need for more fuel drives up the airline’s expenses associated with making such trips. The airlines will not be the only group to be affected by these changes. The increased travel costs will more than likely find their way to the consumer as well. Airline tickets are likely going to cost more money to make up for the increased costs, therefore, making air travel more cost prohibitive. However, it must be noted that air travel is not completely blameless. According to climate scientists, air travel contributes a lot of carbon emissions to the growing climate change problem.

As climate change advances, air travel will not only become more expensive but more turbulent as well. The Guardian reports that climate scientist Paul Williams hypothesizes that turbulence in trips between Europe and North America may increase by 50% by the year 2050. The intensity of the turbulence will most likely increase as well, possibly between 10-40%. This not only makes traveling in an aircraft more unpleasant but will likely be the cause of more frequent in-flight injuries.

Air travel is not the only form of travel that is and will be severely affected by global warming. According to Scientific American, roads are often times worn and sometimes severely damaged by factors associated with global warming. Scientific American cites the Transportation Research Board, as it argues that unusually hot weather, wildfires, and droughts can damage and crack roads. Roads are also affected by severe weather like tropical storms, hurricanes, and tornadoes that can crack and create holes in roads and locomotive track systems. Damage to this type of transportation infrastructure can sometimes cause incidents that injure individuals or even groups of travelers. 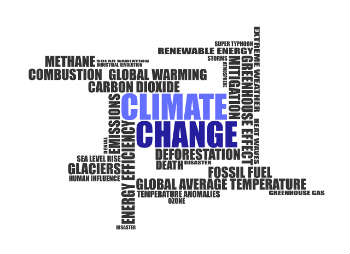 In conclusion, global warming has a clear effect on not only the act of travel but traveler’s health as well. As global warming has not (and will hopefully never) reach its apex, there may be effects on travel that experts have not yet determined. In order to minimize your travels’ contribution to global warming and the degradation of the environment, it is recommended that you use as little fossil fuels as possible. Hopefully, there will be a time when travelers do not have to worry about the effects of global warming, but that time is not yet here.