In recent years, the light shed on high fructose corn syrup has taught us to avoid it in our foods. We know that there is a difference between high fructose corn syrup and regular fructose, but the panic around the word “fructose” still steers people away from it. We know that, in moderation, the sugars naturally found in fruits are perfectly okay. Now, a newer study has revealed even more about fructose, or fruit sugars: consuming fructose increases cravings for high calorie foods.

According to the study conducted by the Proceedings of the National Academy of Sciences of the United States of America, 24 volunteers in good health drank sugary drinks with either glucose or fructose, and found that after drinking the cherry flavored fructose drink, their “reward regions” in their brain showed much more activity than those who only had the glucose or no drink at all.

Beforehand, these volunteers rated their hunger or desire to eat on a scale of one to ten. They then drank their fructose drinks, and were asked again to rate their desire to eat. Their own ratings went up on their scales afterward.

In addition to their hunger scales, participants were posed a question: would you rather have this food now, or a monetary reward later? When faced with this question, those participants who had drank the fructose answered more frequently that they wanted the food now than the glucose, who more often chose the delayed monetary reward.

In another study at the University of California, participants underwent a very similar experiment. Again they drank a cherry flavored drink of either fructose or glucose, and were presented with pictures of various foods before and after they consumed their drink. Those who had drank fructose had increased measurements of brain activity — their insulin did not rise as much as those who drank glucose, and different regions of their brain showed increased activity. The fructose group had more orbitofrontal cortex activity — again, the reward processing region of the brain.

The Science Behind It

We can see that fructose increases desire for high calorie foods — or simply “rewards” to the brain — but why?

According to these experiments, the insulin is one of the more important factors. Fructose is mainly processed by your liver and not much of it actually reaches your brain, so by not triggering a big enough insulin response, your brain is “tricked” into thinking it hasn’t been fed, so it will continue looking for food.

What Do We Do Now? 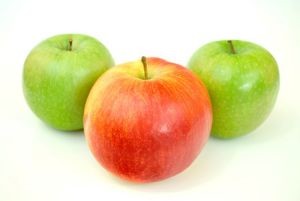 Understanding how different sugars work is important, and so is being aware of where it comes from. We don’t need to avoid fructose — we just need to get it from the right place, and drinking a large glass of candy-flavored sugar water is not the best place, but eating a handful of fruit is worlds better.

Even further, most foods and drinks that have sugar have both fructose and glucose. It is great to be aware of how your body processes sugar, but don’t let it scare you into avoiding any sugar at all. It’s as simple as making smarter choices when you can: a soda or an apple? Go for the fruit.