Whatever happened on Juneteenth happened to all not just some. The colonial times brought forth unsettling times in the eyes our people today. In times past, there were travesties, wrongdoings and abuses but there were also opportunities, teamwork and harmonious times as well. Just as in the current times, there were many who abused the laws and who abused the ways of the land, Hence the reason for Juneteenth and the historical moment that would forever impact United States of America.

Is Juneteenth A Holiday?

Juneteenth is a holiday because our forefathers and those who first came to this country and visited with this country brought forth individuals to work the lands, business, homes and other areas. For many of these individuals there was no escape. They were slaves. They worked long hard hours and endured painful lives at the hands of the “masters” who owned them.

It is a holiday because on the 19th of June in 1865 in Galveston Texas, General Gordon Granger declared all slaves in the State of Texas free by order of the President of the United States. However, it is not yet nationally celebrated holiday.

Does it have any other names? 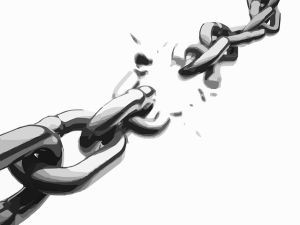 Juneteenth is also known as the Freedom Day or Emancipation Day. Juneteenth itself is a combination of the day and month in which the law was finally enacted in a state.

Where Did It Occur & Who Was Impacted?

The signing originally occurred in the Presidential office in 1862 during the American Civil War. The event occurred in the city of Galveston Texas when the new of the end of the war finally reached them. It was only by way of the Union Army that the word was spread and the law enacted. Without the help if the Union Army, it may remain doubtful how long it would have taken for the law to be taken seriously or enacted upon. It has already been over two years since it was signed into effect before the stated enacted it.

Juneteenth impacted any slave in the United States. All slaves were to be freed under the Proclamation. While many were delayed in being freed, those who were freed found it difficult to find work and shelter as well as to be integrated into society as they were not welcomed as an equal. In many areas, there were laws passed that rated them as second class citizens and thereby limited their rights as citizens.

What Was The Result?

In the years going ahead, the laws were very slow moving and change was barely noticeable for 70-80 years. During those years, it was the ignorance of society to maintain the segregation but still uphold Proclamation that allowed the slaves to be “free”. During these years, the freedmen continued to fight for their denied rights but also began to pool their resources together and buy land, build houses, gain employment and more. Their possibilities remained limited but their drive and determination remained steadfast and positive. They also remained celebrating Juneteenth as a day of freedom, a day of change within their life and the lives of the next generations to come after them.

Today, Texas works diligently to have Juneteenth recognized as a National Holiday. It has a significant and important historical value to the history of our country not just to the African American population but to the population as a whole. They need to see and understand the amount of work and struggles that many went through too ensure that the slaves were freed to the standards that the President of the United States of American expected them to. There was no media to transcribe to importance to our youth, it was handed down via word of mouth and written laws that were carried from one location to the next usually by horse and rider.