Cinco de Mayo, or the 5th of May, is celebrated widely in the United States and throughout Mexico. Many believe that Cinco de Mayo is Mexico’s equivalent to July 4th in the United States. However, Mexico’s Independence Day is celebrated on September 16. The 5th of May represents the day the Mexican army defeated the French, at the Battle of Puebla, in 1862.

Today we celebrate Cinco de Mayo as a means of multicultural influences from Mexico. We enthusiastically take part in Mexican traditions, enjoying the flavorful cuisine, drinks, games, and dance. It’s a day filled with frivolity in Puebla and in the United States, particularly in the Southwest, and places with heavily populated Mexican decedents. It seems hard to comprehend, but most places and people in Mexico have no real knowledge of Cinco de Mayo, or reasons it is celebrated.

The History of Cinco de Mayo

As the Civil War raged on in the United States, Mexico was dealing with a French invasion and occupation in the aftermath of the Mexican-American War of 1846-1848 and the Reform War from 1858-1861. These wars depleted the Mexican reserves and left the Mexican Treasury almost bankrupt. Mexican President Benito Juarez issued a referendum stating that Mexico would suspend foreign debt payments for two years. This infuriated the leaders of France, Britain, and Spain, who in response sent naval forces to Mexico.

While leaders from Britain and Spain negotiated with Mexico, France’s leadership, under the thumb of Napoleon III decided to take control of the area to have a toehold in the Latin world that would be beneficial to France’s interests. In 1861, the French attacked Veracruz and President Juarez and his government were forced to retreat. The French army then plotted to take over the capital of Mexico City. However, they encountered strong resistance from the Mexicans in Puebla, at the Loreto and Guadalupe Forts. Although the French army of 6,000 outnumbered the Mexican army by 4,000 soldiers, and had better weaponry, the Mexican’s defeated the French on May 5, 1862. Mexico

This victory bolstered the Mexican government and was celebrated nationally. Time magazine remarked in the May 2010 issue, “The Puebla victory came to symbolize unity and pride for what seemed like a Mexican David defeating a French Goliath.” It helped establish a much-needed sense of national unity and patriotism. Even though it was short lived and the unrest of Mexico continued.

In 1863, the French invaded Mexico again, with an army of 30,000 and took control of the capital, Mexico City. The French then placed Emperor Maximillian I as the leader of Mexico. When the United States ended its Civil War, they were able to provide the Mexican military much needed support, which led to the demise of the French occupation and Maximillian I rule. 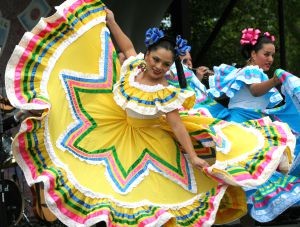 Puebla and the United States celebrate Cinco de Mayo, while most other areas of Mexico do not consider this as a national holiday. In areas where the Mexican heritage and population is numerous, Cinco de Mayo is celebrated with parades, festivals, and an overall party atmosphere.

The United States loves celebrations, and though it is not a national holiday in either the United States or Mexico, cities and towns proudly take part in Mexican traditions. Authentic food, drink, and merriment celebrate the battle that occurred more than 150 years ago. It is akin to the U.S.’s celebration of St. Patrick’s Day where the traditions of the Irish are lauded. The United States, a veritable melting pot, loves to throw a party to embrace our many “roots”.

So when you here the Mariachi band play and tip up your Corona or Dos Equis and dance in remembrance of the rich customs that exist between the United States and its southern border of Mexico.