In 2012, scientists at the University of Leicester discovered a skeleton in a centuries-old friary that turned out to be the corpse of the last Pantagest king, King Richard III. After various testing, among other discoveries, they discovered that King Richard III really did live and eat just like a king.

In fact, his taste for the finer things in life notably increased after he became the King of England.

The Science Behind Bones Generating Information

Scientists are able to find different information from different body parts. Because teeth never change, they provide information about early and childhood life. Bones, though, can change over time — repairing themselves if they are broken, for example, so they can reveal information from the last decade or so of somebody’s life. And certain body parts or bones, such as rib bones, regenerate much more rapidly than others, so they can reveal the last two or three years of someone’s life. Read more about bone discovery here.

King Richard III was only in power for two years before dying during the Battle of Bosworth in 1485, so scientists are able to discern what he was eating during these last two years of his life from, in particular, his rib bones.

As revealed through testing these various body parts — teeth, bones, and rib bones — King Richard III only began eating so lavishly when he became king, although he would have eaten fairly richly beforehand still, being a nobleman as he was. Medieval nobles and aristocrats were often known to frequently have diets that were high in protein and full of specific animals, such as freshwater fish and wildfowl. This was partly because of certain religious observations that required meat-free diets, and in these times, fish and certain birds (heron, egret, and swan) were not considered meat.

Following eating heron, egret, and fish, King Richard III washed it all down with a cup of wine.

Scientists were even able to determine what was most likely his last banquet’s menu: several types of fish and wildfowl, which included what were considered delicacies at the time, such as peacock, swan, carp, and pike. The fish he enjoyed during his last banquet had to be cultivated in specialized ponds. 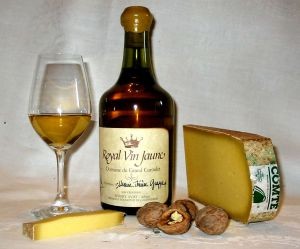 King Richard III would eat a more varied diet of luxuries, but also simply a bigger diet. Having food was a symbol of status, and so lavish, debauched banquets and heavy drinking were frequent among nobles. Heavy drinking, in fact, meaning that scientists can approximate he was drinking at least one bottle of wine per day, estimating it equals 25% of his oxygen intake, which, compared to before his rise to king, is a significant step up. It is pretty likely that he was getting up to three entire liters of alcohol per day. Back then, wine was extremely expensive, and one of the biggest indicators of status. Wine had to be imported, and only the wealthiest individuals could afford it.