The Anonymous Society of Painters, Sculptors and Printmakers

In 1874, a group of avant-garde artists gave a Paris exhibition that, according to art historians, initiated the Impressionistic movement. Founding members included August Renoir, Edgar Degas, Camille Pissarro, Claude Monet, Berthe Morisot and other artists eager to gain their independence from the prevailing, academic painting style.

In defiance of a yearly, juried art exhibition held by the Académie des Beaux-Arts called the Salon de Paris, which presented winning artists with prizes, commissions and a certain prestige, the Anonymous Society of Painters, Sculptors and Printmakers held their own exhibition that was panned by art critics as presenting paintings that were sketchy and unfinished in appearance. However, open-minded critics praised this new way of painting for its emphasis on modern life rather than staid portraits or repetitious still lifes.

To see classic examples of impressionist paintings, visit this page for images of works by Van Gogh, Renoir, Monet, Degas and others.

After the Exhibition in Paris

Deriving their moniker from Claude Monet’s 1873 painting Impression,Sunrise, the early Impressionists fought against criticism of their style of painting as “unfinished” and looking more like a random illustration than a “true” painting.

They also violated a long-held rule of painting that art was meant to be created in a studio. Instead of confining themselves to a stuffy, ill-lit studio and painting still lifes, landscapes and portraits. the Impressionists began painting outdoors in an effort to capture the transient, lifelike quality of sunlight and natural colors en plein air.

Within a decade of their first exhibition, the Impressionists had gained favor with the public who came to enjoy the refreshing, invigorating ambiance of their painting style. In fact, impressionism developed such an excited, worldwide following that several future art movements were directly inspired by impressionism, specifically Fauvism, Post-Impressionism, Cubism and Neo-Impressionism. 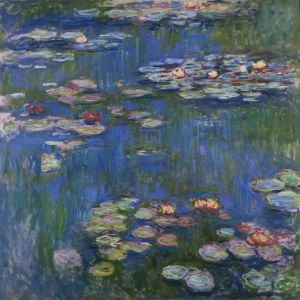 Contributing to the innovative painting techniques used by the impressionists was the development of premixed paints readily available in small, tin tubes which permitted artists to work outdoors and indoors. Prior to the later 1800s, painters had to create their own paint by pulverizing dry pigment into powder, mixing it with linseed oil and then storing it in pig or cow bladders.

With the technology to manufacture synthetic pigments in various, vivid colors, the paint industry gave these young impressionists the chance to use colors never before available that enhanced their depictions of modern outdoor life and realistically brightened their works of art. In the 1860s, Renoir and Monet had to paint the background of their canvases with the traditional gray or red-brown color. Within 20 years, however, the impressionists were preferring to use “sunlight” white or cream white colors squeezed from tubes to paint canvas backgrounds instead of allowing ground colors to play a role in their finished works.

Throughout the emergence of numerous art movements ranging from magic realism and pop art to post-minimalism and digital art, impressionism remains a favorite of artists and art lovers who take delight in its sophisticated naivete, its delicate interplay of light, color and shadow and ingenious ability to extract unforgettably animated, lovely scenes from the monotony of everyday existence.