Yoga is not just mastering postures and increasing your strength and flexibility. It is a union of the body, mind and spirit. It radiates peace and tranquility. You might have a rough idea of what yoga is, but to understand it better, you need to know its roots, beginnings, as well as what it has become. In Hinduism, Jainism and Buddhism, yoga means “spiritual discipline”. People regularly associate it with the stances and postures that make up the physical activity of the exercise but inspecting it carefully, yoga has many more aspects. The history of yoga is steeped in tradition.

Yoga is a Sanskrit word ‘Yuj’ which means join or unite and was first mentioned in the Rig Veda. Rig means praise hence Rig Veda is a collection of hymns that are used in praise of a higher power. The exact origin and history of yoga is uncertain, but there are pieces that have been linked, the first signs of yoga appeared in ancient Shamanism. It is an ancient health and fitness system that originated in India roughly 26,000 years ago.

Yoga has been practiced for thousands of years, and it has continuously evolved and changed over time. Different factions have developed since its conception, and its history can be divided into four major categories:

Vedic Yoga also known as Archaic Yoga is a relatively new term to the Western community. The existence of Vedas marked this period. Veda is a Sanskrit word that means knowledge. Vedas are the oldest sacred scriptures for Brahmanism, which is the basis of modern Hinduism. Since people believed in a ritualistic way of life, rituals, ceremonies, and sacrifices were considered as a way of connecting to the spiritual world. People turned to Vedic yogis or rishis for illumination, and verdict masters were blessed with a vision of supreme reality.

Vedic Yoga provides a practical approach to the world of mysticism, which was previously inaccessible. The basic practices of Vedic yoga can be limited to the following areas:

It covers an extensive period of approximately 2000 years until the 2nd century. Upanishads (Gnostic texts) spoke about the self and ultimate reality. Bhagavad-Gita is one of the most remarkable yoga scriptures composed around 500BC. The major teaching in Gita is to do one’s duty without expecting the fruit of the action. In 1200BC Rishaba, the great teacher who was the advocate of the tradition of Jainism emphasized on efforts that were dedicated to the liberation of the spirit. It was during this period that Yoga began in Buddhism. Lord Buddha was the first Buddhist to study Yoga, and Buddhist scriptures emphasize on meditation and physical postures which are essential processes of Yoga. 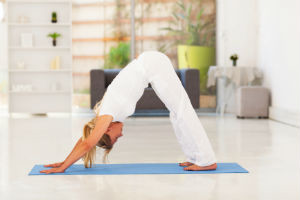 The history of yoga would not have been completed without the classical stage of yoga. In the second century C.E. Patanjali (the father of Yoga) composed yoga sutras which comprise of 195 aphorisms. They expound Raja yoga (the eightfold path) meant to be memorized and not found in written forms. Patanjali believed that each individual is composed of matter and spirit, advocating that yoga would restore the spirit to its absolute reality a teaching that saw a shift from non-dualism to dualism.

This period affirms the teachings of Vedanta that there is ultimate unity in everything in the cosmos. Vedanta is a philosophical system founded on Upanishads’ teachings. Earlier stages saw yogis emphasize on contemplation and meditation. Their aim was to shed the troubles of their daily life and merge with the infinite. However, during this period, yogis started exploring hidden body powers pushing masters of yoga to design advanced yogic practices to rejuvenate the body and prolong its life, leading to Hatha Yoga; the current yoga practiced throughout the world.

Modern yoga is based on five major ethical disciplines created by Swami Sivananda:

This sneak preview of this history will help you appreciate its rich tradition and maybe consider incorporating it into your life. What people today envision as yoga, the contortionist postures, is just one small aspect of a much larger field practices. More than just being fit, yoga can help you live a healthy whole and empowered life we associate yoga with sages and hermits.

The living tradition of yoga now does not recognize borders as it continues to spread all over the world. Yoga is the most diversified spiritual practice in the world.